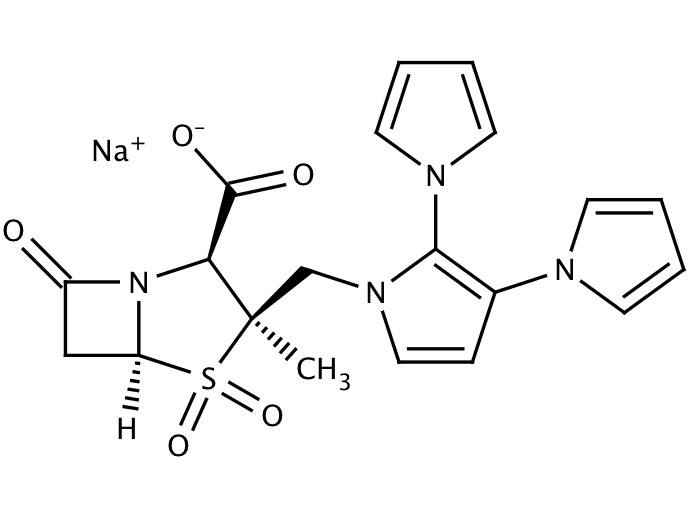 In Microbiology,Tazobactam is frequently used in conjunction with Piperacillin as a disc in antimicrobial susceptibility testing (AST).The disc diffusion method, which although developed in 1947 remains as the most widely used test. Performed with care, using adequate controls, it is as accurate as more costly and complicated tests. In common with all other methods it cannot mimic the in vivo environment but it does uniquely show the effect of a changing antimicrobial concentration (first rising and then falling) on an increasing microbial population. The minimum inhibitory concentration (MIC) of the antimicrobial appears at the edge of the zone of inhibition which represents the interaction of a critical concentration of antimicrobial at a critical time on a critical microbial population2. The methods are simple but the interactions are very complex.

Send us your enquiry for Tazobactam Sodium Salt. We offer custom pack sizes at special prices. We aim to respond to your enquiry within 24 hours.

We value your input so if you have suggestions regarding new applications for Tazobactam Sodium Salt email us and we will include your contribution on the website.