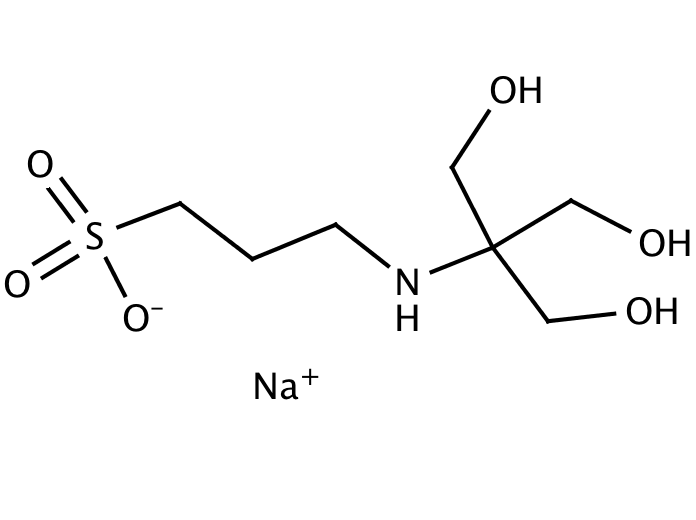 TAPS, Sodium Salt is a zwitterionic buffer used in biochemistry and molecular biology. It has a useful pH range of 7.7 – 9.1. TAPS has been utilized in capillary electrophoresis of such materials as DNA and DNA-dye complexes. Dyes have been separated by planar chromatography with electroosmotic flow with 1 mM TAPS in the mobile phase. The stability constants of metal ions with TAPS have been investigated by capillary electrophoresis. TAPS has also been shown to inhibit connexin channel activity. The activity of various mutants of carbonic anhydrase I and carbonic anhydrase II has been studied in a variety of buffers, including TAPS.

Send us your enquiry for TAPS Sodium Salt. We offer custom pack sizes at special prices. We aim to respond to your enquiry within 24 hours.

We value your input so if you have suggestions regarding new applications for TAPS Sodium Salt email us and we will include your contribution on the website.