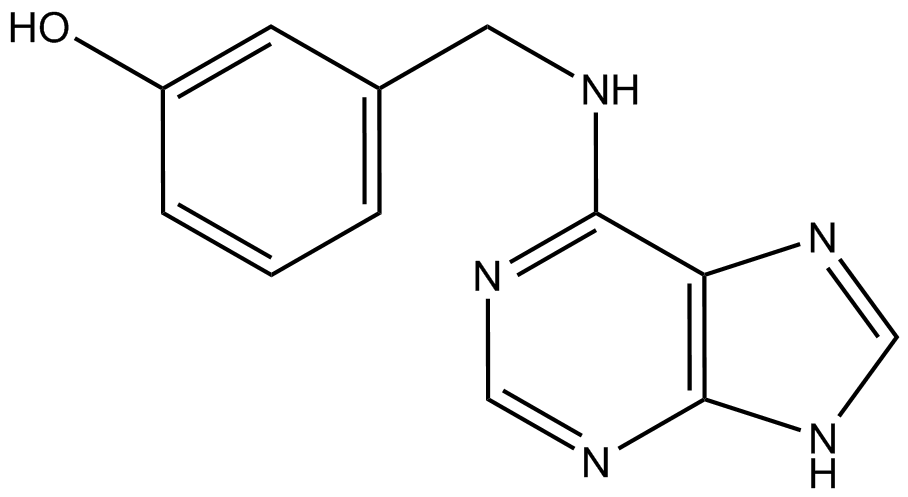 Meta-topolin [6-(3-hydroxybenzylamino)purine] is an aromatic cytokinin. It was first isolated from poplar leaves. Its name is derived from “topol”, the Czech word for poplar. The metabolism of meta-topolin is similar to that of other cytokinins. Just as zeatin and BAP, meta-topolin may undergo ribosylation at position 9 without a significant effect on the activity. In Spathiphyllum floribundum, shoot production in media with BAP and meta-topolin is very similar.

Send us your enquiry for Meta-Topolin. We offer custom pack sizes at special prices. We aim to respond to your enquiry within 24 hours.

We value your input so if you have suggestions regarding new applications for Meta-Topolin email us and we will include your contribution on the website.